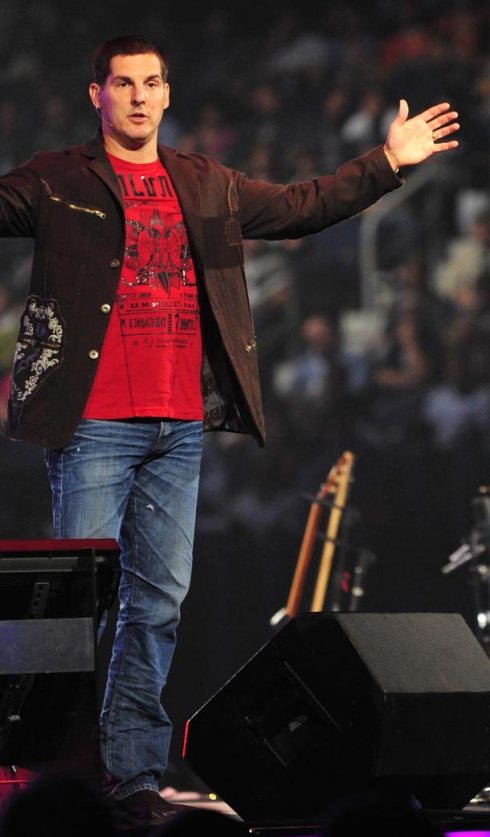 We had an interesting weekend for a couple of reasons.  First of all, Pastor Dave had a resurgence of the good old Kidney Stones.  Elena, his wife texted me Saturday morning to let me know they were back.  That being the case, my mind began racing to see, what message did I have prepared to teach.  I wrestled with a few until I got a call from Dave later that afternoon.  He informed me that he would like to show a video instead of having me teach.  At first, I was a little taken back…  “What am I, chopped liver?”  But then he told me what it was.

We just so happen to be going through a series titled “Parenthood”.  We got the idea from Life Church in Oaklahoma.   In order to stay on track with our series, Dave thought it would be good to have Craig Groeschel teach via video.  How am I going to argue with that?  Craig’s the Pastor of one of the largest Churches in America and he leads the way in Video Venue’s & Internet Campuses.  So…  How am I going to argue with that?  Well, I didn’t!  And I’ll tell you what…  It was nice not to have to lead worship and teach.  I did that a few weeks ago and it just about killed me.  Thanks Craig!

Here was our setlist.  Once again I didn’t have a lead guitar player so I ended up playing lead.  It was fun and I actually attempted some leads this time!  😉

As you can see, we had to switch the setlist around a little because of the video.  The copy that we had didn’t work so well so our tech team had to do some quick transitioning.  Thats why we put the welcome right before the video.  I think it worked well actually.  All in all, it was a stressful, but fun weekend and I think it actually went off pretty well!

Please pray for Pastor Dave.  Kidney Stones are no joke!