Skip to content
Posted on January 15, 2009 by team4given Posted in Uncategorized 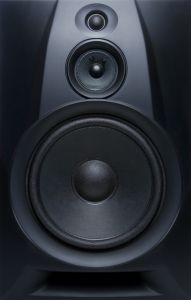 Wow!  I just spent about 2 hours running through some very interesting blogs regarding F.O.H. and the Band Leader (that’s Front Of House for all of you non-musicians).

It seems that there’s always an issue between band leaders and sound techs.  They’re constantly squabbling over how the music should sound (as Karl would say, “and by they I mean me”).  There’s nothing wrong with that, assuming that their squabbling is because they are each extremely dedicated to their craft.  Hopefully, they can “squabble” with the utmost respect for each other and come to the best F.O.H. mix possible!

Here are some things that I’ve picked up over the years and in the last TWO HOURS!!! while perusing these sites…

1.)  The sound guy (or girl) should be considered as much a part of the band as the lead singer.  Their knowledge of their “instrument” (meaning sound system) is as important as a guitar players knowledge of his Les Paul and amp!  (Thanks Karl)

2.) You have to trust your sound tech or you’re dead in the water.  You really have no choice…

3.) The sound tech is as close to God as you can get without being blasphemous.  He has ultimate control of F.O.H. which is what everyone hears when it’s all said and done.

4.) The band should sound great without any sound reinforcement (P.A.).  A lot of times the sound tech has the daunting task of trying to make a not so great band sound great… A great F.O.H. mix is dependent on a great sounding band!  You can’t have one without the other.  In other words, if you start with crap, it’s only going to get crappier when you amplify it!

5.) As little monitor as possible please!  A loud stage mix causes the house mix to sound muddy.  Most musicians really only need drums and vocals in their mix.  Maybe the leaders instrument as well (agtr, keys, oboe, etc… what?… you could lead with an oboe)

Recently I’ve begun playing without a monitor at all.  In our room I can hear pretty much everything I need to hear without one.  The only time I really need one is if we have a  bunch of musicians in the band…  like 2 guitarists, keys, bass, drums, oboe (there it is again), percussion, choir and a click track.  Especially if we have a click because I need to stay on time in those down parts.

For a while I was using in-ears and realized that my mix was always perfect when the stage mix might not have been.  Now I can ask a guitar player to turn his amp up (how often does that happen Karl?) when it’s getting lost in the stage mix.  In other words, I can tell if the band sounds good without the P.A. which in turn I believe makes it sound good with the P.A. as well!

Here are the conversations that got me on this topic in the first place and wast…  I mean burned…  I mean occupied the last 2 hours of my life.  Why not go kill some time here too…